While visiting Jaipur in the state of Rajasthan a tourist cannot miss out on Raja Mansingh; erstwhile king of Amber in Rajputana (present day Jaipur) and one of the Navaratnas (9 gems) in Mughal Emperor Akbar’s court. Emperor Man Singh led the Mughal army in the battle of Haldighati in 1576 with Rajput warrior Rana Pratap. Raja Mansingh’s Palace in Jaipur is a spectacular architectural marvel and transformed into a luxury hotel with chains all over Rajasthan. Similarly Mansingh Palace Hotel in Ajmer is a replication of the 18th century fortification of the Rajput emperor and offers tourists and revered guests a royal feeling during their stay in the hotel. 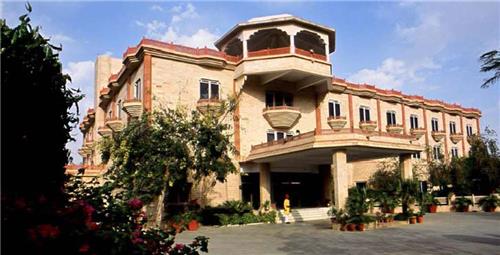 With over 60 full furnished Air Conditioned rooms and luxury suites, the hotel will ensure a comfortable stay by transporting their guests into the Rajputana era. Situated at a distance of 140 kilometers from Jaipur and 3 kilometers from Ajmer Railway Station and Bus Stand in Vaishali Nagar of Ajmer; Mansingh Palace Hotel offers three types of rooms subject to availability, namely Standard Room, Deluxe Room and Suites.

With furnishings, 3 attached bathrooms, king or twin beds, mini bar, bathtub, TV, tea and coffee maker, electronic safe; Standard Rooms in this hotel will not disappoint a guest during their stay. In a similar fashion, deluxe rooms at the hotel offer the same amenities only on a grander scale with expansive rooms and bathrooms. Lastly for those who seek extra comfort there are the suites at Mansingh Palace Hotel. 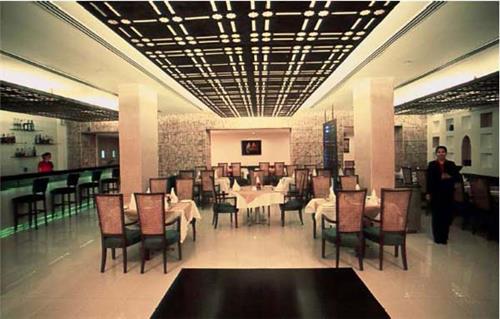 Guests can satisfy their gastronomical desire by digging into sumptuous platter at the hotel’s multi -cuisine restaurant with live musical performance; i.e. Sheesh Mahal and chill out at Tequila Bar with snacks with a variety of exotic wines and foreign liquor at disposal. Along with banquet and conferencing facilities, shopping plaza, beauty parlor, doctor on call, foreign exchange, laundry, valet and travel desk, the hotel offers commendable customer care and room service for its esteemed guests.

Tariff Rates:  INR 4000 and above depending on the preference of rooms.