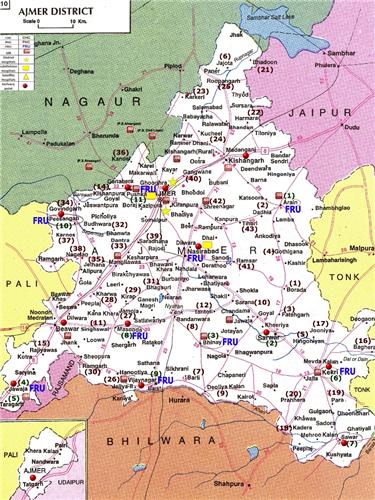 Ajmer is a city and an administrative center in the state of Rajasthan. The city of Ajmer lies in a semiarid, hot and hilly region at a distance of about 355 kilometers in the southwest part of New Delhi, the capital of India. The city lies between 25038" and 26058" North Latitudes and 73054" and 75022" east Longitudes. The districts of Tonk and Jaipur surround Ajmer in the East and the district of Pali surrounds the city in the West. Bhilwara district lies in the south of the city while the district of Nagaur touches Ajmer in the north. Ajmer is a city that is found to be surrounded on all sides by the Aravalli Mountains and it sited on the slopes of the Taragarh Hill in the Aravalli Range. The city is centrally located in Rajasthan and it also possesses an artificial lake called the Ana Sagar Lake.

The climate of Ajmer is semiarid and hot and the city experiences more than 55 centimeters of rain annually. Heavy rainfall in the city appears during the monsoon months from June to September. The summer months in the city start from April to July and during these months, the daily temperature is about 30oC. Winter months start from November to February and the average temperature during this time of the year is 15oC to 18oC. Humidity is very little or almost absent in the city during the winter season. The temperature is found to be relatively high all round the year and thunderstorms and heavy rainfall is experienced during the monsoon season. However, it has to be noted that flooding is not very common in Ajmer.

The total area covered by the city of Ajmer is 8.50 lac hectares. There are no natural divisions found in Ajmer. The boundaries of the district are territorial and they are found to be composed of four major sub-divisions namely Beawar, Ajmer, Kishangarh and Kekri. The entire city of Ajmer possesses a flat and broken topography with gentle undulations. The main feature of the entire city is the Aravalli Range near the town of Ajmer.

The physical features of Ajmer are worth describing because of the fact that most of the land that is found in Ajmer is flat and undulating. Mountains are almost absent in the city with the Aravalli Range being a major hilly tract in the region. The Ana Sagar lake, Foy Sagar lake and the Pushkar lake are the three main lakes of the city. The city also does not have any desert and is found to be separated from the Thar Desert by the Nagpathar Range.

There are not many forests found in Ajmer but the area around the Pushkar lake is found to be rich in its content of flora and fauns and even some wild species of animals. Minerals are abundantly found in Ajmer and some of the common minerals include mica, feldspar and limestone. 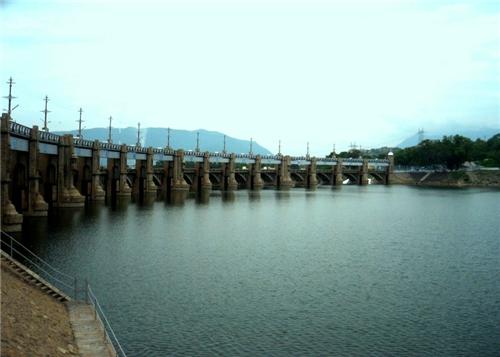 Dams and Canals in Ajmer

The geography of Ajmer is quite good and it is only because of its location that Ajmer is considered as an important trade center in Rajasthan.