Ajmer city presents a vibrant blend of various cultures being home to Gujjars, Rajputs, Ahirs and Jats. It is only because of this vibrant cultural mix that all the languages like Urdu, Hindi, Rajasthani, English, Marwari, Dhundhari and Sindhi are spoken in Ajmer. The festivals of Hindus and Muslims are celebrated here in complete harmony and fervor. 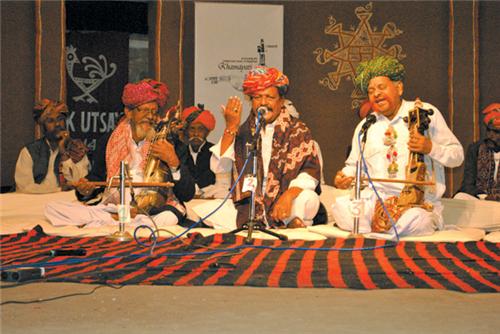 Folk music is very popular not just in Ajmer but through out the world and is practiced in different other parts of Rajasthan. People from different parts of the world visit Rajasthan in order to get some idea about the typical folk music of Ajmer. 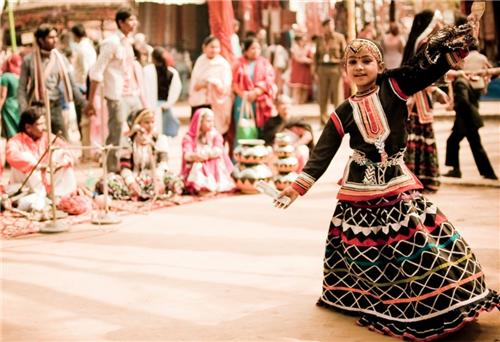 Kalbelia dance is the most famous dance form of Rajasthan that is specially practiced in Ajmer and is performed by a tribe of the same name. The Kalbelia dance is performed by both women and men for celebrating joyous occasions. Kalbelias are people who move from one place to another and their main occupation is catching snakes and trading snake venom. These people are mostly the inhabitants of the rural Udaipur, Chittorgarh, Pali and Ajmer.

Apart from Kalbelia there are other traditional and modern dance forms also popular in Ajmer and people can get specific training in these from various dance classes available the city. Some of the popular dance classes of Ajmer have been elaborated below:

Art and Craft, Art Galleries and Handicrafts in Ajmer

The royal dynasties of Rajasthan have played an important role in building the vibrant and colorful tradition and culture. The courts of the royal Maharajas of Rajasthan produced some of the best architects, musicians, writers, sculptors and artisans.

The skilled men of Rajasthan have left behind the legacy of craft, antique treasures and art that serve as the pride of the state even today. Leather work of Pushkar and Ajmer is famous all over the world. Ornamentation and embroidery also forms an important part of art and craft of Ajmer. Kishangarh is considered to be the treasure house of art as it accommodates some of the finest schools of miniature paintings that were very popular during the 18th century. Below are the names of popular art galleries of Ajmer:

Festivals and Fairs in Ajmer

The people of Ajmer celebrate all the major festivals of India with great joy, traditional rituals and gaiety. Ajmer is a city that is considered to be a Muslim majority region and so the festivals of Urs and Id and celebrated with a lot of festive enthusiasm in Ajmer. Hindu festivals like Diwali, Holi and Teej are also celebrated with mass appeal and great zeal here. People can always visit Ajmer to explore a complete world of traditional rituals and luxurious religious customs that entice an individual with mystic appeal. 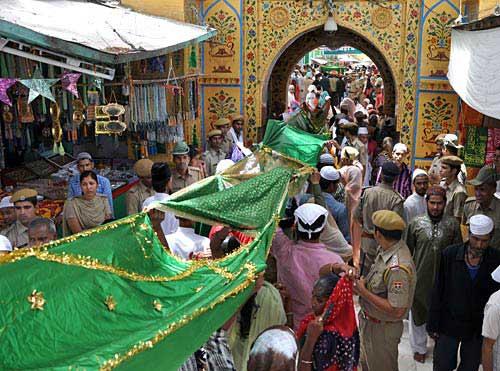 People also visit Ajmer to be a part of the famous Pushkar Fair that is held once in a year during the month of November. This fair serves to be an important place of trade for many people who visit Ajmer. The International Sufi festival is also held in Ajmer during the month of October and this festival has many artists taking part from different parts of the world like France, Egypt and Pakistan. This festival is generally held to provide a boost to the culture and tourism of Ajmer.

The culture of the city of Ajmer is found to be very vibrant and a mix of Islam and Hinduism.