Ajmer Sharif Dargah-a common name for most religious travel connoisseurs of India as well as neighboring countries. Built in the city of Ajmer in Rajasthan, to commemorate the death of the famous Sufi saint, Moinuddin Chisti, the Dargah holds the shrine of the celebrated saint. The full name of the saint was Hazrat Khwaja Moinuddin Chishti, who is referred to by several names by his devotees and followers. It is believed that, his shrine is one of the most powerful and pure religious destinations which receives hoards of visitors on a daily basis. 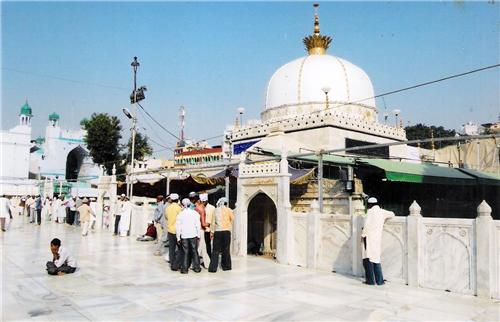 People have a very high regard for this shrine and come to pay their respects as well as wish for prosperity, welfare, health and wealth for themselves and their families. The Sufi Saint Moinuddin Chisti, also known as Khwaja Baba was considered to be a specialist in miracles directed towards the welfare of the local people. During the course of his life, he had saved lives and resurrected people from the clutches of death with the supernatural bestowed in him by God, as per popular belief. He was a noble saint and helped anyone who was in need of it.

In fact his is, one of the rare Sufi saints which is visited by people of different castes, religion, gender and creed. It is one of the most commonly visited religious destinations of celebrities.

The Structure of the Shrine

The Shrine of Moinuddin Chisti is maintained and managed under the Dargah Khwaja Saheb Act of 1955 issued by the Government of India. The structure of the shrine is not a very impressive construction and is pretty much like a regular Sufi Shrine. It has an entrance gate known as the Nizam Gate which was followed by the Shahjahan Gate that was built by the Mughal emperor Shahjahan.This is followed by the main gate known as the Buland Darwaza, on which the Urs flag is hoisted.

Visitors to the Shrine

Although the shrine is visited by hoards of devotees every day, the shrine is visited by the Kalanders every year during a specific time of the year. They walk the whole distance from Mehrauli, which is located in Delhi up to the Dargah in Ajmer to pay their respects and tribute to the famous Sufi Saint. They offer Chaadars to the shrine of Chisti which are woven with golden and silver threads on colorful cloth. 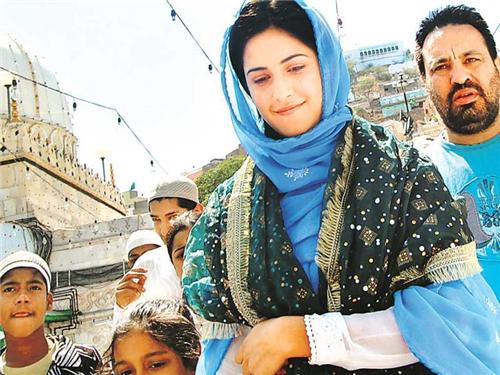 These colorful Chaadars are offered by almost all visitors to the shrine. Among the regular visitors there are many celebrities. Some of the celebrities who visit the place frequently are Katrina Kaif, Shahrukh Khan and Huma Qureshi. Other celebrities that have visited the place to pay their respects are Priyanka Chopra, Bipasha Basu, Amithabh and Abhishek Bachchan, Akshay Kumar, Sonakshi Sinha, Kangana Ranaut, Emraan Hashmi, Kareena Kapoor and Deepika Padukone.

Thhe shrine has also been visited by celebrities and politicians from our neighboring states. The visit to this Dargah is said to have fulfilled the desires of many devotees. The blessings of the Sufi Saint is said have changed the lives of many for their betterment and prosperity. For every tourist or visitor to Ajmer, a visit to this Dargah is a must to acquire the blessings of the miraculous Saint of Sufism-Khwaja Baba.

Explore more about Tourism in Ajmer