Ajmer in One Day

Ajmer is known for its religious sites in the city and is an important pilgrimage center for both Hindus and Muslims. The captivating and peaceful environment of Ajmer makes sightseeing a delightful experience in the city. Visitors from all over the country come especially to visit the Dargah or the tomb of 13th Sufi Saint - Khwaja Moinuddin Chisti.

Arriving in the City

Being a popular tourist destination, Ajmer has many sightseeing spots in the city that cannot be covered within one day. However, there are some sights that cannot be missed while visiting the city. The nearest railway station in Ajmer is Ajmer Railway Junction, which is about 15 to 20 minutes walk from the Dargah Bazaar. It is best to arrive early in the morning; therefore, more attractions can be covered within one day. Moreover, traveling within the city is also very comfortable. Being a small city, all the attractions in Ajmer are within walking distance. Also, there are many buses, cabs and auto-rickshaws in the city that are easily available. 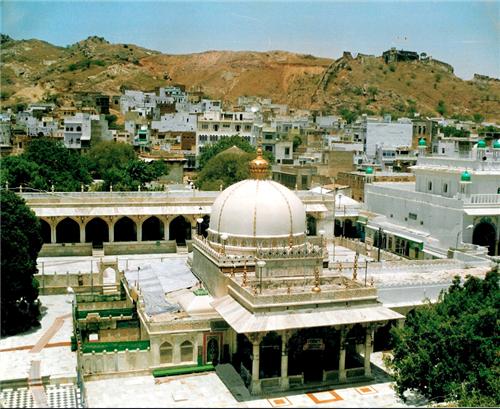 Morning
If you are arriving early in the morning, you can head straight towards the Dargah Sharif of Khwaja Moinuddin Chisti, which is around 15 to 20 minutes walk from the railway station. The Dargah is an important pilgrimage center for both Muslims and Hindus and is visited by thousands of tourists every year. Located at the base of a barren hill, Dargah Shariff is the second major pilgrimage center, after Mecca or Medina, for Muslims in the entire South Asia. Close to the Dargah, there is a small market known as Dargah Bazaar famous for small figurines of gods and goddesses. By the time, you finish praying at the Dargah, it should be around mid-day and from there, you can head towards the famous Ana Sagar Lake. 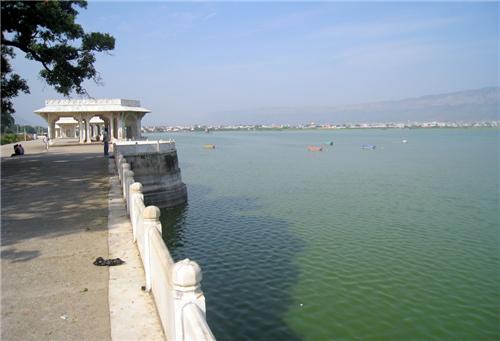 Afternoon
Surrounded by lush green forests and scenery, Ana Sagar Lake is a beautiful manmade lake built in the center of Ajmer city. There are some great local restaurants near the lake where one can sit down and have a nice, relaxing lunch overlooking the lake. Right next to the lake, there is a beautiful garden – Daulat Bagh, which is a nice place for an evening stroll. One can visit the beautiful marble monuments located nearby or just rent a boat by the lake. 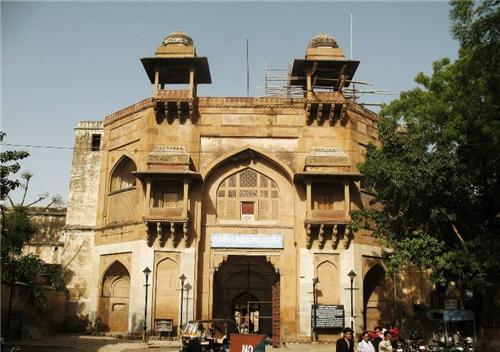 Evening
Depending on how much you have left, you can either visit Emperor Akhbar’s Royal Residence or go shopping at one of the famous woman markets in Ajmer. Now converted into a museum, Mughal Emperor Akhbar’s Residence consists of rich depository of the Rajput and Mughal armor and wonderful sculptures. The entrance of the museum faces the Naya Bazaar with balconies on both sides of the palace. Mahila Mandi (closed on Tuesday’s) is Ajmer’s most famous woman’s market and one can find exquisite products such as ethnic jewellery, lenghas, saris, traditional clothes and much more over here.

The best time to visit Ajmer is during winters between November and March when the weather is quite pleasant. It is during this time only when Khwaja Chisti’s death anniversary is observed. The Urs fair is a popular fair in Ajmer where many craftsmen and folk artisans display their talent and sell a range of colorful and interesting products at reasonable rates.